An Initiation into Understanding Time 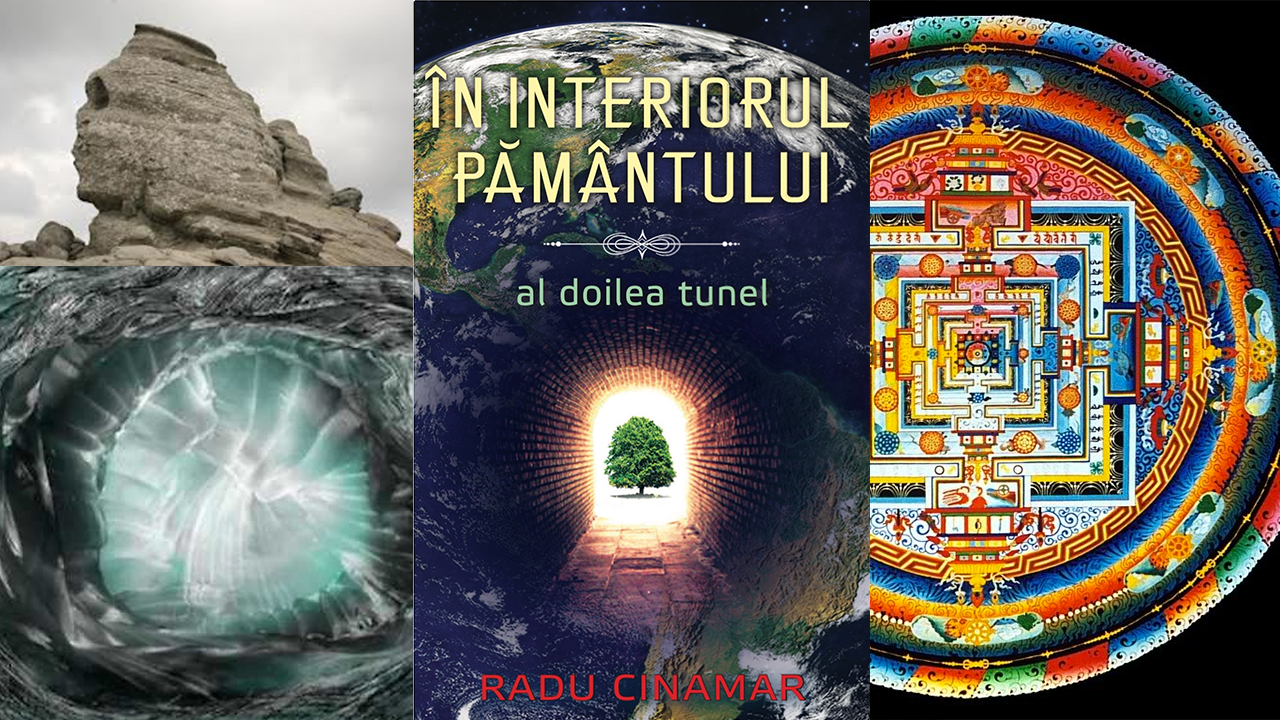 Here is the first promotional excerpt from Radu Cinamar's new book titled (in English) Inside the Earth - The Second Tunnel. This is translated from the original Romanian and then edited by myself.  We have at least two more excerpts that are undergoing translation now, and they will be posted as soon as each one is completed. The book itself has just been released in Romanian and we will translate it as soon as we get a copy of it.  Radu's excerpt follows (in purple):

“Many readers might imagine that the Great Gallery and the Projection Room represent a sort of “museum” in which the flow of people is continuous and pretty intense. The important matter in this regard consists of correctly understanding the nature of the incredible discovery that has been made in the Bucegi Mountains.

This discovery represents a series of characteristics that are often bewildering to the psychic and mental state of the human being. I think the most appropriate analogy that can be applied to the penetration of the Great Gallery is the phrase “an unexpected transformation of behavior and thought”. Once you get into the Projection Room, the mind strives to be isolated of memories or secondary thoughts. In a way that can hardly be described, the mind is kind of “suspended” and “quiet”. The thoughts are rare and they blend with a kind of very deep emotion, almost having a sacred character. In the beginning, when I visited the place for the first time, I thought this sensation was being generated by the extraordinary greatness of the space that had been constructed by the very advanced technology as well as the uniqueness of the situation being confronted. In the years that followed, however, I figured out that the phenomena is not due to subjective tendencies but rather the consequence of the very special vibration that exists in that place, repeating itself continuously.

The overall impression of the chamber is that of "another world”, not only by the specific technology and interior, but rather by "intuitive knowledge" that suddenly appears and modifies the nature of one’s thoughts and actions. The meditative and relaxing impulse is very accentuated, and a distinct enthusiasm arises inside oneself that is directed towards noble and distinguished concerns, towards everything that is good, beautiful and uplifting.

In the initial phases of this amazing discovery, we quickly realized that access to that special place can only be offered to a certain category of people who first need to have proper physical and mental training. Even people attending to the routine tasks in the chamber either had to be chosen from amongst superior officers or those who had taken special training courses. There can be no access into the the Room without proper psychological and mental training; otherwise, there is a risk of some bizarre subsequent manifestations. Cezar told me that these aspects were understood only after it was noticed that, immediately after the discovery, soldiers present inside of the complex began to exhibit strange behavior. They seemed to be disconnected to reality and it took them a few weeks to recover completely. Motor functions are also affected. An individual’s movement becomes rigid with the body hardly moving at all while the gaze of the eyes remains riveted at a single point, even though strong audible and visual stimuli exist. It is for this reason that the question was raised of testing personnel and establishing a training program for those who would penetrate the chamber. Thus it was that, upon the foundation of Department Zero’s counterintelligence section, I was assigned to be the director and began to review the protocol with regard to the needs of the momentary situation.

One of the most sensitive subjects that always comes up in discussions with our international partners is that, while the Projection Room is replete with amazing technology, they seem to understand the fact that it clearly represents more than a simple physical hole inside the mountain. While we can indeed talk about the huge chasm that such a technology represents in terms of an ordinary human capacity to conceptualize and visualize, this particular space quite literally exemplifies a “crossing” that has been, for the most part, inconceivable to modern science.

We very quickly came to the conclusion that, in order to understand what the underground complex from the Bucegi Mountains really means, it is first necessary to rid yourself of the materialistic attitude that too often accompanies the so-called “scientific” thinking of most scientists which does, in fact, inhibit the understanding of the actual principles of science. One of the proofs in this regard is that, by 2010, the scientists involved in studying the location could not provide any reasonable clues with regard to the various phenomena and question marks arising from the secret location in the Bucegi Mountains. This, however, is not the main issue. The most important aspect is that, once penetrating inside of the mountain itself and upon entering the Great Gallery, and especially in the Projection Room, the frequency of vibration of the biological being changes. This is the key to understanding all of the apparently strange phenomena that occurs with regard to the psychic and mental processes of the people involved, as well as the often extraordinary perceptions that can interfere when penetrating either of the three tunnels that leave from the Projection Room.

I do not want to get ahead of myself at this point as this is one of the main subjects I will be talking about in this volume”.